The Tanimbar islands lie in the Arafura sea, to the East of Timor, a part of the arced chain islands that leads from Sumatra, through Java, Bali and Nusa Tenggara to meet with Irian Jaya. Tanimbar is almost due north of Darwin, Australia, and lies south of the provincial capital town Ambon. Administratively it is a part of Maluku Tenggara, or Southeast Maluku, which includes the islands of Aru, Kei – Tual on Kei being the administrative capital of the district – and the islands to the west of Tanimbar towards Timor: Damar, Babar, Kisar and Leti. The Tanimbar islands are divided into two sub-districts (kecamatan) one of which administered from Saumlaki in the south on the island of Yamdena, the other from Larat in the north, the main trading and governmental centre being Saumlaki. 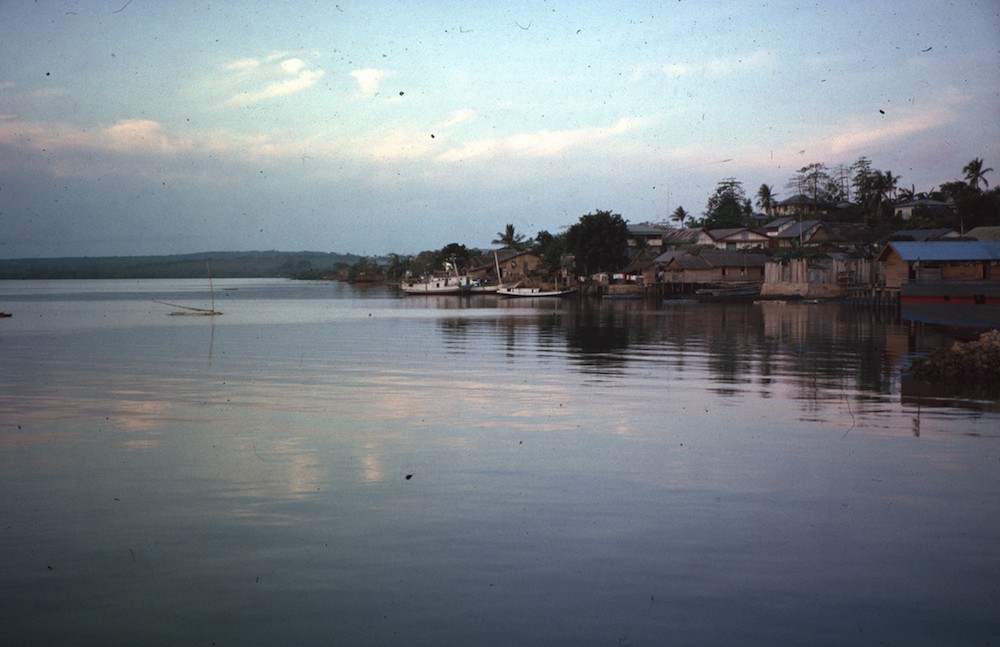 From the most northern to the most southern point, the Tanimbar islands stretch for around one hundred and thirty five miles. The islands are forested , although nowhere near as densely or as luxuriantly as the islands of the central Moluccas which receive much more rain. The largest island in the group is Yamdena, and the greatest part of the population of Tanimbar settled in the villages strung out along the east coast. There are a few villages on the West coast of Yamdena, but the interior is uninhabited. After Yamdena, Larat is the next most densely populated island in the archipelago, followed by Selaru, Fordata and Sera.

The predominant religion in the Tanimbar islands is Christianity, both Protestant and Catholic. The east of Yamdena is the main Catholic stronghold whereas the Protestant church is more firmly established on Sera and in Fordata and Larat. The Catholic church is the longest established in Tanimbar, at least to the extent that records can show, first establishing permanent mission in 1910. There are a few Islamic villages on the Northwest coast of Yamdena, made up predominantly, I would imagine, of non-Tanimbarese, and those Tanimbarese who have married into the families of Islamic non-Tanimbarese. In Larat and Saumlaki, Islamic presence is also significant.

Livelihood for the Tanimbarese is mainly sought through farming using swidden (slash and burn) agriculture techniques, and through the usually abundant harvests of fish. In the interior are wild pig and buffalo, and these too are occasionally hunted for food. To supplement this subsistence economy, a significant source of income for the Tanimbarese is the twice-yearly copra crop which is sold to traders in Saumlaki and Larat, as well as in a number of villages. Otherwise, while food is frequently in good supply, money is often difficult to obtain.

The first clear records of external contact with Tanimbar, although it is likely that long before this time there had been established trade links with the outside world, are in the Seventeenth Century. However, lacking the precious spices of the central Moluccan islands of Ambon and the Bandas, throughout the Dutch colonial period the Tanimbar islands were not subject to the same cultural influences as were their more northern companions. Apart from sporadic contact with the colonial regime, it was not until this century with the establishment of the Catholic mission by Pastor Cappers and Pastor Klerks that the Dutch administration begin to make significant inroads into the islands. By the time of Drabbe’s ethnography in the late 1930s, it is likely that almost all of the inhabitants of Tanimbar were to some extent Christianised. 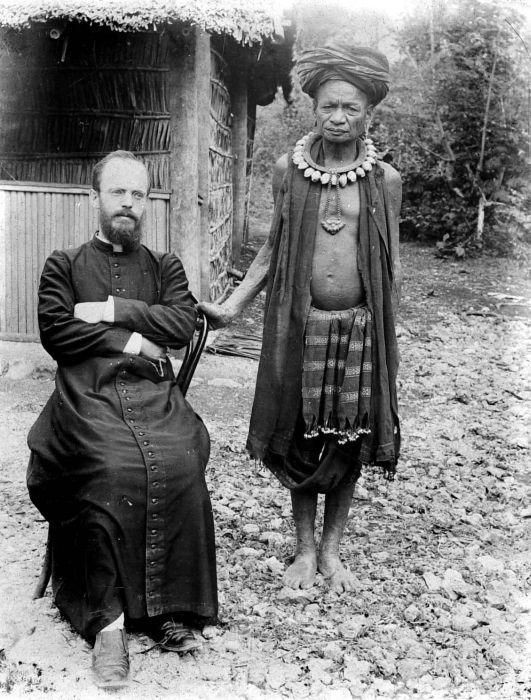 The Second World War saw the invasion of the Japanese, and when the war ended, the coming of Independence for Indonesia. Here as elsewhere, the remnants of the old administrative structure of the Dutch regime were taken over by the young Indonesian state. From this time onwards, the influence of the state has had an ever increasing degree of control over the internal affairs, culture and social life of the Tanimbarese.

There is a significant amount of literature on Tanimbar. The work of Petrus Drabbe whose ethnography of the islands was published in 1940, is a highly valuable source for ethnographic data on the life of the Tanimbarese before the coming of Indonesian Independence, although the world constructed by Drabbe is that of a Tanimbar before the influence of missionary activity and he does not consider the dynamics of his own involvement in the transformation of Tanimbarese culture. Drabbe also wrote grammars and dictionaries for Bahasa Fordata and Bahasa Yamdena, the two major indigenous languages in Tanimbar. More recently it has been the work of Susan McKinnon which has stimulated a renewed interest in the Tanimbar islands from the point of view of ethnographic and anthropological research. McKinnon carried out her fieldwork between 1979 and 1983, and her account of contrastive forms of marriage in Tanimbar was published in 1992. She has also written a number of articles on the Tanimbarese art of what may be termed the precolonial period, offering insights into the richness of meaning and symbolism such artifacts possess.

In 1992 there were three large exhibitions of Indonesian art presented both in the Netherlands and in the United States to coincide with the “Year of Indonesia 1992.” One of these exhibitions, Beyond the Java Sea, dealt exclusively with the art of the “outer islands”, that is, those areas that were not directly or significantly under the influence of the great court cultures of Indonesia. The exhibition included a large number of works from Tanimbar and other islands in Maluku Tenggara, and brought the past artistic production of the Tanimbarese and their neighbours to a wider audience.

Annamiek Lenssen’s doctoral thesis of 1993 is the first study to my knowledge which deals with contemporary rather than “traditional” Tanimbarese art, focusing on the woodcarving industry in the village of Tumbur, and the social and economic ramifications of the work of these artists. However, as Lenssen herself notes, the art of carving is not only confined to Tumbur. Thus, the intention of this study is to take in a broader range of works from throughout the Tanimbarese archipelago, and to supplement the work of Lenssen on contemporary art-forms in Tanimbar, and to provide a broader picture that might tie together the work of McKinnon and Lenssen in such a way that might lead to a deeper understanding of the significance and meaning of the work of Tanimbarese artists at a time when Tanimbarese society is undergoing rapid change.