Why I set up this site…

Perhaps the best way to explain why I think it was worth going to the trouble of putting this site together is to tell a story. Shortly before I left Tanimbar in 1995, one day during the rainy season, my friend Benny Fenyapwain knocked on my door. Under his arm he had a tape recorder and, on a fading tape, a recording of an old man from the village of Sifnana. This old man was a renowned singer, and whilst Benny played the tape he translated from Yamdenan, which I did not speak, into Indonesian, which I spoke well enough to get by. For my part, I jotted down a rough translation, which went something like this:

When Benny turned off the tape, he told me that the old singer had died several years before, and all that remained was his fading voice on the tape. So this website is dedicated, in a way, to this old man. However partial and prone to error some of the stories collected here, I hope that they are worth retelling.

The Tanimbar Islands are in the Indonesian province of Maluku, at the end of the long arc of islands that stretches from Sumatra through Java, Bali, Lombok and down through Timor

The largest island in the group is Yamdena, some seventy miles long and forty miles wide at its widest. To the north are Fordata and Larat, and to the south is the island of Selaru. Several islands lie to the West including Sera. This sketch map gives a rough layout of the islands. 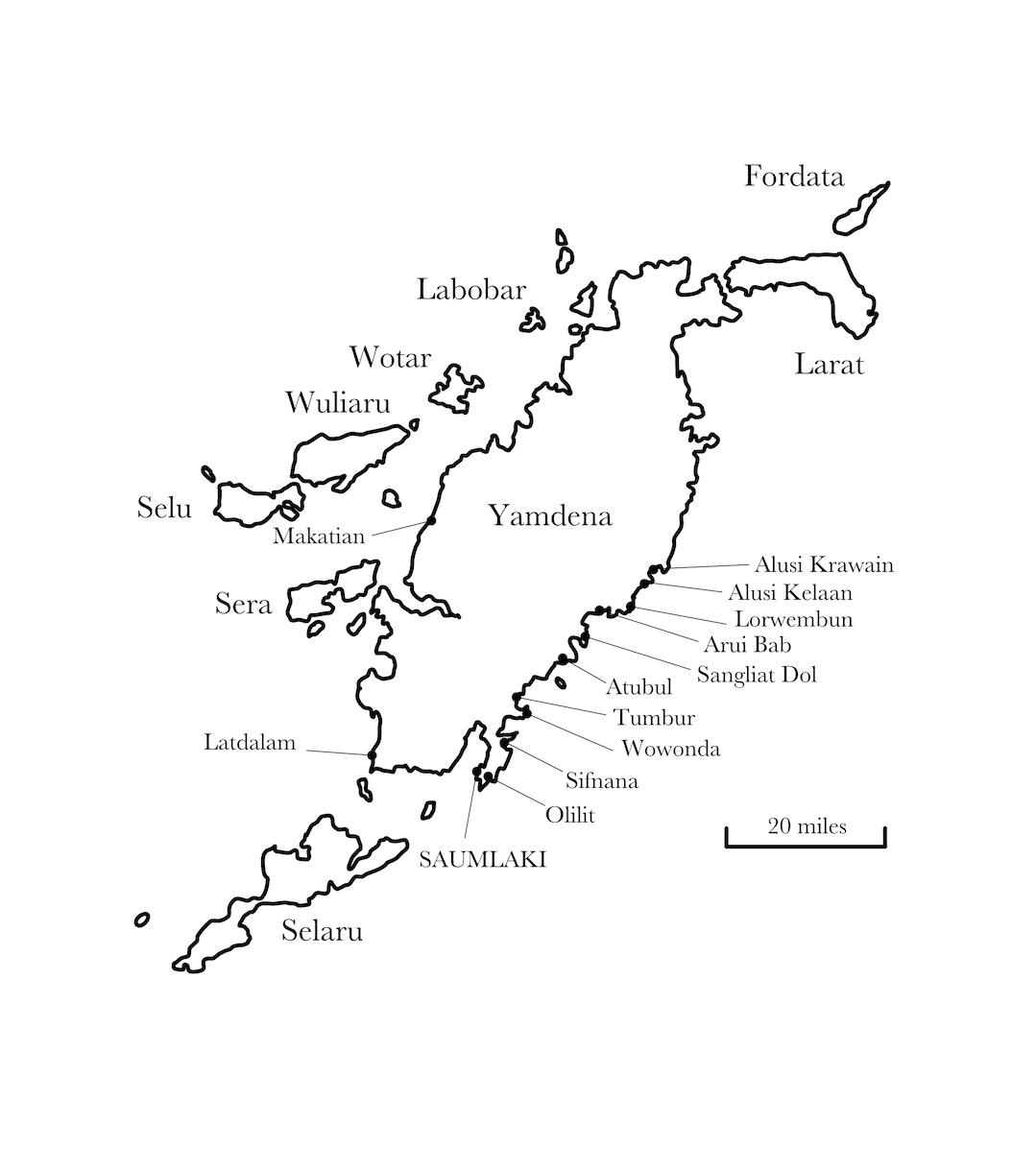 The main administrative capital of the islands is Saumlaki, on the southern tip of Yamdena.

It is hard to reconstruct much of Tanimbarese history due to the lack of indigenous records before the twentieth century. Although the islands were claimed by the Dutch in the mid 1600s, Dutch presence in the islands was limited until the early 20th Century. The Catholic church established a permanent mission in the islands in 1910, and the first conversions occurred soon after. By the late 1930’s when Petrus Drabbe was writing his ethnography of the islands, almost all of the inhabitants of the island were at least nominally Christianised.

During the Second World War, the Japanese occupied the islands, and soon after the war ended, Tanimbar was subsumed into the fledgling Indonesian state. The latter part of the 20th century saw Tanimbar becoming drawn more closely into the structures of the Indonesian state and also saw continued missionary activity.

Since the Second World War, commercial interests in Tanimbar – mining, fishing, commercial forestry and oil – have increasingly put a strain on the islands’ resources. If you have any up-to-date information on Tanimbar, please get in touch. 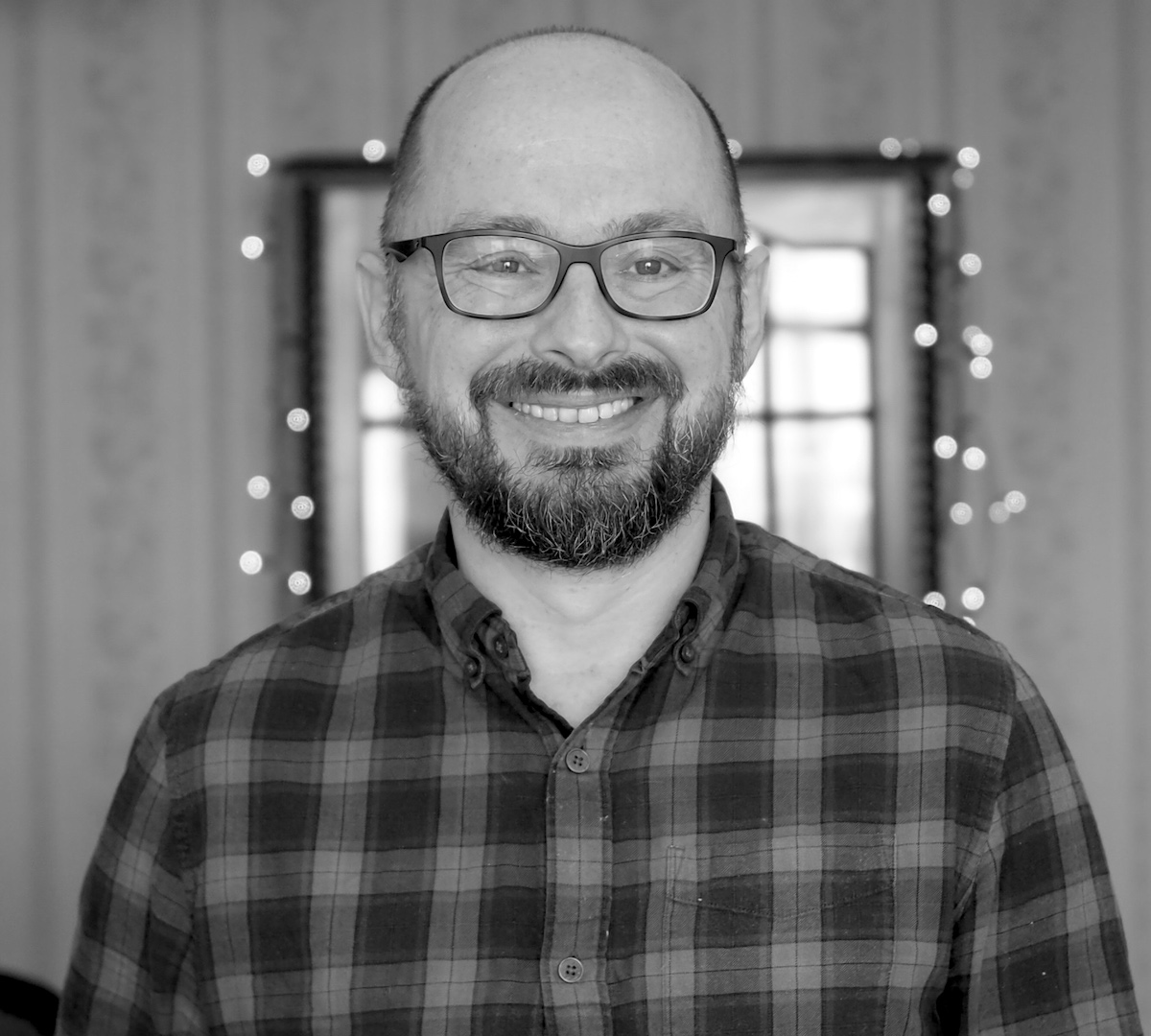 I am a writer, philosopher, and former anthropologist from the UK. You can find out about everything that I do over on my website: willbuckingham.com.

In 2018, almost a quarter of a century since I was in Tanimbar, Haus Publishing published my memoir of my time in the islands, called Stealing With the Eyes. I haven’t been back to Tanimbar in all these years, but I still have a keen interest in the area.

All design, photography and graphics are © Will Buckingham 1995-2021. Between about 2005 and 2018, this website was run using Textpattern. Now it runs using Hugo on Netlify.